The Fossey Fund closely tracks and records all areas where gorilla groups travel because information about their ranging patterns is crucial to their protection and conservation, both now and in the future.

Dian began collecting this type of data in 1967 and wrote in “Gorillas in the Mist” that “the situation became much like that which had existed on my arrival in 1967, when gorilla groups suffered crowded conditions on Visoke’s slopes because of human encroachment in the saddle terrain”

Since 1999, our teams have used GPS units to record the daily movements of the Karisoke gorillas. This represents more than 20,000 gorilla observation days and is by far the most extensive set of data on mountain gorillas available.

In 1999, three groups were tracked by the Fossey Fund named Pablo (PAB), Shinda (SHI), and Beetsme (BEE). As a result of group splits and formations, we now monitor 10 distinct groups, in which individual and social dynamics are continually changing.

Track The Gorillas from 1999 to present

Tracking Grauer’s Gorillas in the Democratic Republic of Congo

Tracking gorillas in the Democratic Republic of Congo is extremely difficult due to extreme terrain and the remote locations where Grauer’s gorillas still exist.

The video to the left, which represents 20 weeks of daily movement of one Grauer’s group monitored by our teams, shows the significantly larger distances covered by Grauer’s gorillas as compared to mountain gorillas.

Our teams also set up remote camera traps to monitor the biodiversity and gorillas in the area.

How do gorillas move?

Representing the complexity of gorilla movement patterns over close to two decades is a challenge. To help people better understand how the ranges of the Karisoke gorillas have changed over time, we recently collaborated with the Center for Geographic Information Systems at Georgia Institute of Technology to develop the “Virtual Virungas.”

The exhibit, which is essentially a large sand box with images of the Virunga volcanoes projected onto it, enables visitors to “build” the volcanoes and watch almost two decades of gorilla ranging patterns. Located at the Karisoke offices, it serves as an innovative way to excite kids and adults about the science of studying gorillas and the value of long-term research. 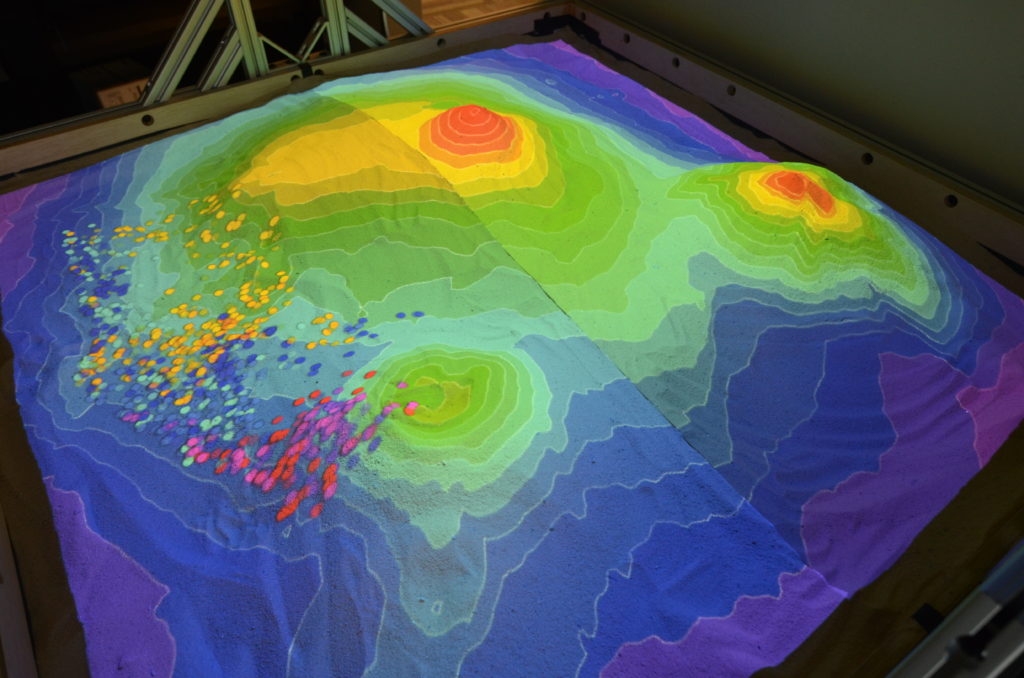