It has been a sad month in Volcanoes National Park. A mere few days after 38-year-old matriarch Tuck passed away, Kwiruka, the second oldest female in our research groups, was also found dead. 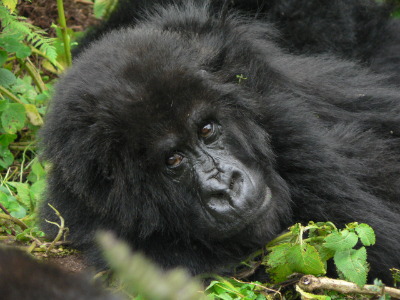 Aged 33, Kwiruka spent most of the last seven weeks in isolation. She left and then briefly rejoined Bwenge’s group several times, following the death of her two-week-old infant at the end of July. The trackers last reported seeing her on August 24, when she was moving very slowly and had lost a lot of weight.

Kwiruka was one of only four females ever monitored by the Karisoke™ Research Center who gave birth at the late age of 33 or above. Sadly, however, her infant did not survive, due to unknown causes. Considering that this was the second infant she lost since transferring to Bwenge’s group in January 2008, Kwiruka likely became dissatisfied with the dominant silverback and tried to change groups. In mountain gorillas, infant loss is one of the reasons why females transfer to other groups. 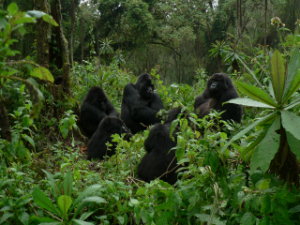 Within a month, however, she returned to Bwenge’s group three times, probably because she had not met another group during her travels alone, and preferred the security over being on her own, vulnerable and exposed. She was always welcomed back by both Bwenge himself and the other females, but in the end she still decided to break away.

Every time she went missing special search patrols were carried out, but her well-known reclusive nature made it very difficult for trackers to locate her. This morning, they found her body in the Kinege area, not far from where she had last been seen. Interestingly enough, one trail showed how Bwenge’s group had passed by yesterday evening. The nests also proved that they spent the night no farther than 250 meters away from where Kwiruka was lying dead. There were, however, no signs of displays or aggressions, such as we had witnessed last week when Tuck died.

This morning, Kwiruka’s body was recovered and brought down for necropsy. According to the veterinarians’ preliminary estimate, she had died at most two days ago. Just like Tuck, she will be buried at the Kinigi gorilla cemetery. 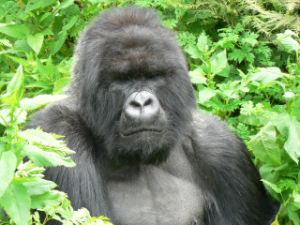 Kwiruka was the oldest member among the 11 Bwenge’s gorillas. She was born in Group 6, which was not a very well-habituated group, and then transferred successively to Group 5 and to Shinda’s group, where she soon gained the top rank among the females. Before joining Bwenge’s group she had six other offspring, five of whom are still alive. Among them, silverback Ntambara is most prominent, having formed his own group in 2008.