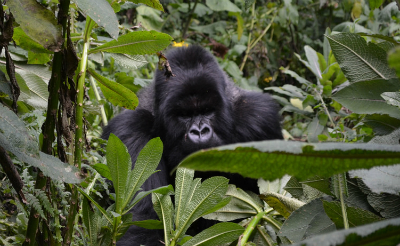 While tracking one of the regularly followed mountain gorilla groups on Jan. 27, Dian Fossey Gorilla Fund trackers encountered a new group consisting of two females and one silverback gorilla, in the Bikereri area. They immediately recognized one of the gorillas as 14-year-old female Taraja, who was last seen with silverback Giraneza in late September. The silverback turned out to be Mafunzo, who was last seen on Sept. 4, 2013, when he interacted with Giraneza’s group and tried to obtain Taraja. He failed in this attempt and she was still with Giraneza when last seen.

The right answer turned out to be Umusatsi, who was thought to be traveling alone for a long time, so this is good news. She appeared to be a bit more relaxed around human observers this time, but still vocalized with loud pig grunts.

Other groups seen after absences

On Feb. 10, Fossey Fund trackers finally saw all the gorillas of Isabukuru's group, which had not been amenable to human observation since December, when one of its young members (Icyororo) was injured during a group interaction and a medical intervention in conjunction with Gorilla Doctors was undertaken to address significant injuries to his foot. After these stressful events, the group’s silverback, Isabukuru, began showing aggression toward the trackers and this prevented close follow-up for some time. Trackers reported that now Icyoro’s foot seems healed and that he was moving normally and seems to have recovered. However, more observation is needed and silverback Isabukuru is still showing aggression toward the trackers. 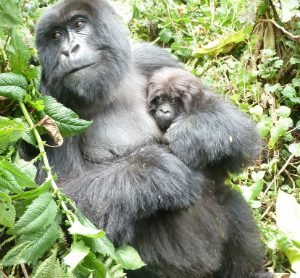 On Feb. 12, trackers reunited with Gushimira’s group, which had not been seen since Dec. 26. The group was encountered by chance, while Fossey Fund trackers were following traces from a big interaction site involving Kuryama's group. One female, Ukuri, joined Gushimira as a result of the interaction. The other Gushimira female, Kanama, appeared to be fine, along with her infant.

However, Kuryama's group had split into two, with four gorillas following “beta” male Vuba. The group was on top of Mt. Visoke, which makes searching very difficult. Fossey Fund trackers were joined by anti-poaching teams and local defense workers to create two extra teams – one for Vuba’s group and one for Gushimira’s group, since there were now 11 groups to follow, but by the next day, Kuryama’s group had reunited. This group and many of the others were traveling in very distant locations but generally doing fine.