The new mountain gorilla group formed by lone silverback Gushimira is doing well. Our trackers had not seen them in four days and tracking has been hampered by heavy rains. 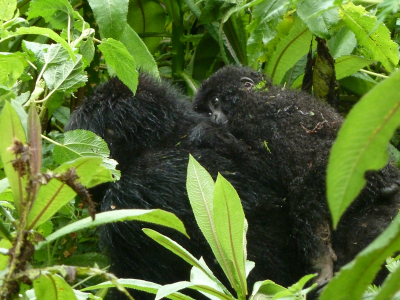 The trackers following Ntambara’s group also had a hard day reaching their group, which was near the top of Mt. Visoke, with the gorillas taking shelter from the rain under bushes. When the rain stopped briefly, they were able to see female Bishushwe, followed closely and continuously by dominant silverback Ugutsinda. She was carrying her badly injured son Amatwara, whose condition is very poor. Since the infant’s wounds were likely inflicted by Ugutsinda, and the group is already stressed due to all the changes, a medical intervention has not been attempted, although veterinarians from the Gorilla Doctors have been observing the situation and plan to visit again tomorrow to help determine if any actions would be helpful to the infant or the group. 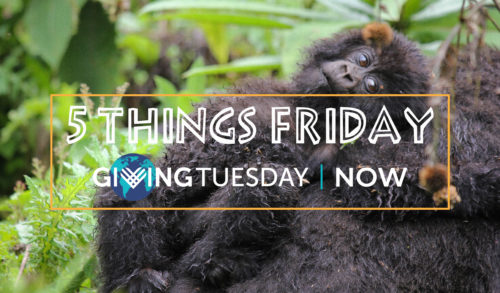