Who said silverbacks are grumpy and serious?

This is certainly not the case for subordinate silverback Imfura of Pablo’s group, who has an outgoing and fun personality. Even at 14 years of age, he still loves to play and is often surrounded by the younger members of the group, especially 1-year-old Uwacu, whom he loves to babysit.

Imfura, meaning “elder,” is the first child of high-ranking female Ishema, who passed away last year. Since Ishema’s death, Imfura has taken on a larger role caring for his two younger brothers, 8-year-old Kundurwanda and 4-year-old Umuryango, who have always looked up to their big brother.

The three brothers form a team that is well accepted in the group. Their bond helps them thrive, and they use it to achieve status and form alliances. Pablo’s group has just 17 gorillas, so the three of them make up a good percentage of the group!

Imfura has a solid relationship with his father, dominant silverback Gicurasi, who himself had a close partnership with Imfura’s mother before her death. The bond between father and son has been strong since 2011, when then-2-year-old Imfura found himself trapped in a poacher’s snare. He was terrified, screaming in fear as the gorillas around him tried to free him. Our tracker Jean Bosco Ntrenganya was able to cut the rope loose, allowing Imfura to escape, but it took two days for Gicurasi to calm down enough a veterinary intervention to be done to remove the rope that was still attached to the young gorilla’s foot. Imfura survived the trauma and became closer to his father.

Imfura is now a large silverback, with a typical silverback body structure. His chest beat is especially strong, and he doesn’t miss a chance to perform it in an effort to impress his group and outside females (see below). When Imfura starts showing off, however, Gicurasi gives a pig grunt to remind Imfura that he’s still a young gorilla. 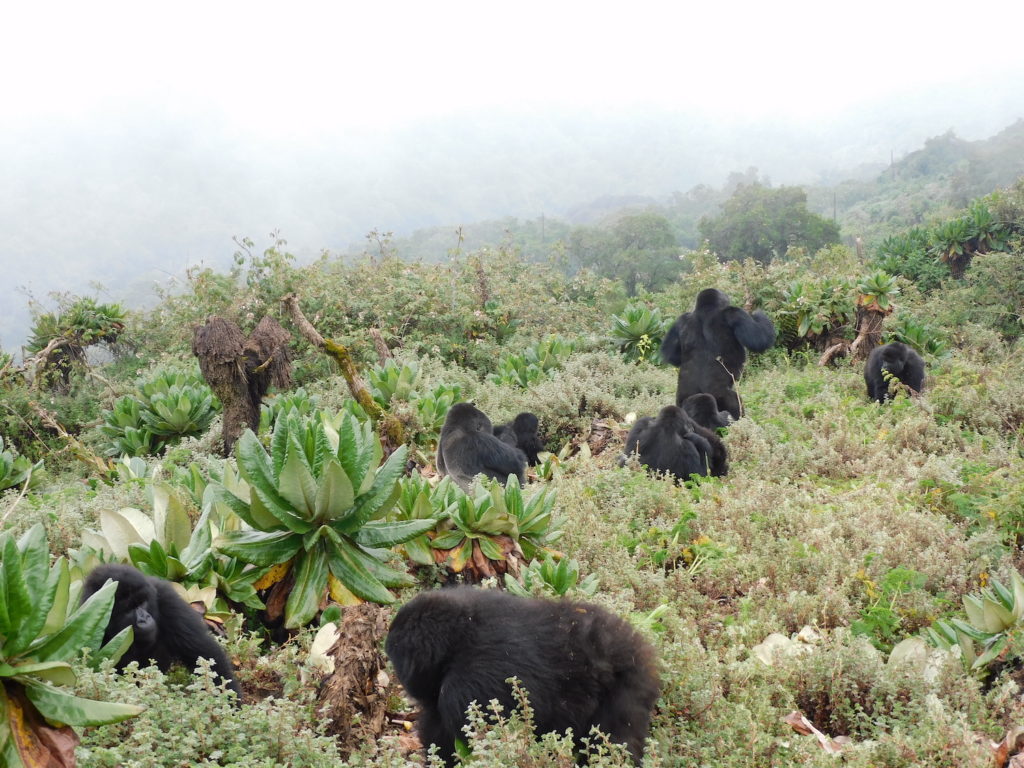 Check back for more updates on Silverback Imfura