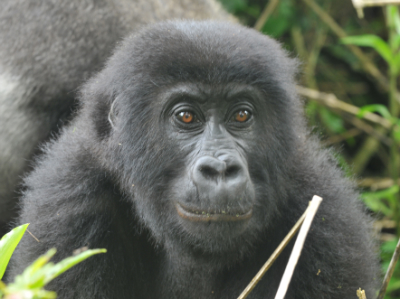 In making his announcement, Turner praised the work the organization does in Africa through the Karisoke Research Center in Rwanda, founded by Dian Fossey in 1967. The Fossey Fund’s work in Rwanda has led to the mountain gorilla being the only ape species whose numbers are increasing. However, the related subspecies of Grauer’s gorillas, found in the neighboring Democratic Republic of Congo, have received little protection and their numbers are plummeting.

For over a decade the Fossey Fund has helped local leaders establish a string of nature reserves that together with two national parks encompass almost all of the Grauer’s range, and harbor many other rare and endangered species. Now, the Fund will put its own staff on the ground to implement the “active conservation” Fossey pioneered so successfully, directly protecting key gorilla groups on a daily basis.

“I’ve been involved in the environmental movement for a long time. And working to protect these wonderful creatures is part of that equation,” Turner says. “When we lose one species – as we do too frequently in our over-crowded, over-polluted world – we lose part of ourselves. I can’t think of a more important effort than protecting our world, our globe, our environment – and that includes protecting those who inhabit it, including the gorillas of Africa.”
Clare Richardson, president and CEO of the Fossey Fund, says, “The Fossey Fund is very fortunate indeed to have the kind of support that Ted Turner is providing. It is made even more notable because his contribution comes just after the 80th anniversary of Dian Fossey’s birth. The work she began in 1967 has never stopped, and we have made great gains in recent years. But the challenges have never stopped either, and with this wonderful contribution, we can begin to export our expertise to other gorilla populations in need, such as in Congo.” 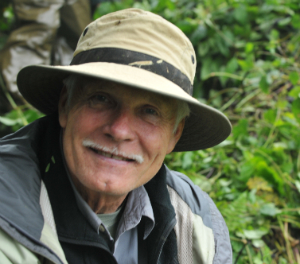 “It comes down to this: every single gorilla counts; every single person counts in protecting the gorillas; and every single dollar counts in supporting the work to protect the gorillas,” Turner says. “It is my hope that this money will allow the Fossey Fund to not only continue the great work they do now and have done for many years, but also to expand that work and make it possible to do much more – for the gorillas, for the people, and for the environment in which they all make their home.”

At a special event at the Fernbank Museum of Natural History in Atlanta on March 7, Turner issued a challenge to others to open their hearts – and their bank accounts – and also support the Dian Fossey Gorilla Fund. “We may live on the opposite side of the planet from Africa, but what happens there can and will affect what happens here – and all around our fragile planet,” he concluded.

Construction of the first of three field stations has already begun, in an area at a distance from the mines and other resources that have attracted armed groups elsewhere in the Congo. The Fund is in the process of hiring 30 Congolese field staff (25 trackers and five team leaders) to carry out data collection and monitoring. Many of the new staff have experience working with the community reserves, and the local population and authorities have welcomed the project. The work will require considerable resources due to the size and remoteness of the Grauer’s habitat. For that reason, the Fossey Fund is seeking additional donors who will rise to meet Turner’s challenge to help save the Congo gorillas.