Mountain gorilla Poppy, who turned 42 years old in April, is the oldest gorilla monitored by the Fossey Fund and the last of the gorillas we monitor who was originally studied by Dian Fossey. However, she has not been seen by our trackers since Aug. 11, following a stressful sequence of events faced by her group, which is led by young silverback Iyambere.

Fossey Fund staff were delighted and surprised when Poppy gave birth last December, and she and her infant appeared to be doing well until July 13, when her group interacted with a lone silverback named Agahozo. This silverback has targeted females in Iyambere’s group before, and this time he initiated a violent interaction that led to the death of Poppy’s new infant and severely injured silverback Iyambere as well. As a result, mothers Poppy and Tamu, along with their infants, became dispersed from the group and traveled alone for some days, until Iyambere regained his strength and rejoined them on July 28.

However, Agahozo arrived again on Aug. 8, and Iyambere was injured again. The group then traveled a long distance, presumably to avoid Agahozo, and were hiding in a deep ravine on Mt. Karisimbi, on Aug. 11. Despite daily searches, our trackers did not find them again them until Aug. 28, but unfortunately Poppy wasn’t with them. Iyambere was making hooting vocalizations, perhaps trying to locate her. But she hasn’t been seen since and staff are concerned about her survival, given her age and the stressful events.

“Our experienced field staff are making a huge effort to try to locate Poppy,” says Jean Paul Hirwa, the Fossey Fund’s gorilla program manager in Rwanda. “This is not easy but we are concentrating the search in selected areas and strategizing every day, depending on the signs and evidence that we find – even the smallest hint is useful to our expert team,” he says.

“The Fossey Fund documents the activities of every gorilla we follow, and the case of Poppy is extremely valuable, since her life embodies much of what we know about the gorillas,” says Veronica Vecellio, gorilla program senior advisor.

Poppy has been monitored since her birth and we have gained important knowledge from her, on such aspects of gorilla life as reproduction, female transfers, dominance, and special behaviors and personalities. She descends from another historic female named Effie, the matriarch of a family whose members are spread out in many gorilla groups in the Virungas.

It is still possible that we will see Poppy again and she has certainly surprised us in various ways before. In fact, she had moved to Iyambere’s newly formed group in 2015, after 30 years in a group that is monitored by the park authorities for tourist visits (Susa group). When she arrived in Iyambere’s group at age 39, our staff were amazed and delighted to see her.

This type of situation has occurred before, most notably when the historic elderly silverback Cantsbee went missing from his group in October 2016 and could not be found despite weeks of massive searching. Then, in January 2017, he suddenly reappeared in his group and astonished our staff. However, he disappeared again in February and was confirmed to have died a few months later, when his decomposed body was located.

“We have known Poppy for so long and it is hard to think about the possibility of her being gone,” says Vecellio. “Even though we are a scientific organization, these gorillas are individuals that we care about deeply, as we normally see them every day for many years.” 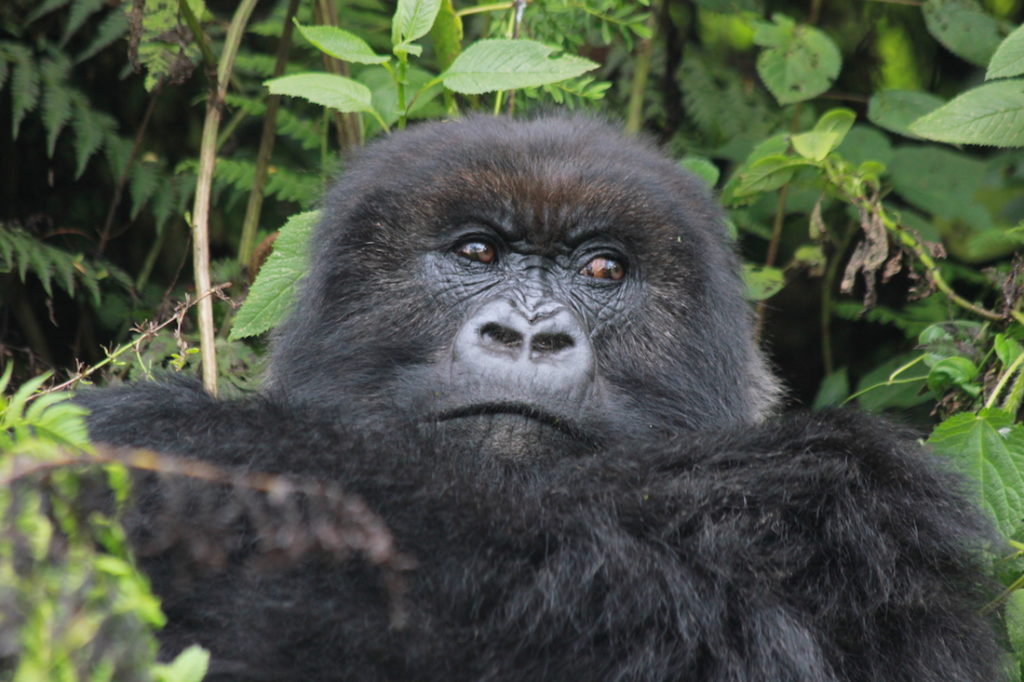 September 24 is World Gorilla Day, which recognizes not just the majesty of gorillas, with whom we share more than...