In Bwindi, do gorillas and chimps ever interact?

While we don’t work in Bwindi, other researchers have studied the ecology of the Bwindi ape groups and have said that while chimpanzees may be seen in the same or adjacent trees, the two species rarely interact and aggression due to food competition is even more rare.

Do female siblings stay in the same group and raise their babies together?

Throughout a female gorilla’s life they may stay in their natal group or transfer groups multiple times! Because of this social variability, it is possible for female siblings to stay in the same group and raise their infants at the same time. Right now we have a mother and daughter raising their infants at the same time! These females are Shishikara and her mother, Gutangara; they gave birth just one month apart.

How do the gorillas handle or adapt to tourism and human encounters?

Gorilla tourism has been ongoing since the 1970s and so the gorillas are very accustomed to seeing people on a daily basis.  Gorillas adapt to human encounters though a very gradual process called habituation, and Dian Fossey was one of the first individuals to habituate gorillas.  Unhabituated gorillas are generally shy and will avoid humans.

Related question: Is visiting the gorillas it safe for them?

Gorilla tourism is safe but like any type of tourism, requires people to be respectful.  In particular, it is important to maintain a safe distance (20 feet is the recommendation) to minimize the potential for any disease transmission from people to the gorillas.

Is it true that every gorilla has a different shaped nose?

Yes! It is true that every mountain gorilla nose is different!

How often do gorillas give birth to twins?

When gorilla mothers give birth, it is almost always to one infant. However, in rare cases, gorillas have been seen giving birth to a set of twins! Twin births in gorillas occur once in every 160 births, on average. The Fossey Fund has seen three sets of twins since the start of our research 50 years ago. While these twin pairs have not survived, researchers following other populations of gorillas have seen twins successfully raised in their natural habitat.

How do laws affect what your work?

As an endangered species, it is against the law in both Congo and Rwanda to hunt or harm gorillas.  Rwanda and Congo are both signatories of CITES, which is an international agreement between governments aimed at protecting endangered species.

What’s the difference between mountain gorillas and western lowland gorillas?

Mountain gorillas and western lowland gorillas are two of the four subspecies of gorillas. The other two subspecies are the eastern lowland gorilla (Grauer’s gorilla) and the cross river gorilla. There are multiple differences between the four subspecies of gorillas including where they reside in Africa and what they eat. Additionally, they have some anatomical differences, since they have developed different adaptations to their unique environments. For instance, mountain gorillas have longer and thicker hair than other gorilla subspecies, an adaptation to their colder mountain environment!

What can I do at home to help gorillas?

One big thing you can do is support our daily gorilla protection work! Your donation will help fund every aspect of our mission to save gorillas and to create sustainable conservation by working with the surrounding communities. If you are unable to donate, you can help us and the gorillas by speaking up! Whether it is through sharing our posts on social media or educating yourself and your friends about endangered wildlife and the importance of conservation, it all helps the gorillas!

To donate or find out other ways to get involved with the Fossey Fund you can follow this link: https://gorillafund.org/get-involved/. 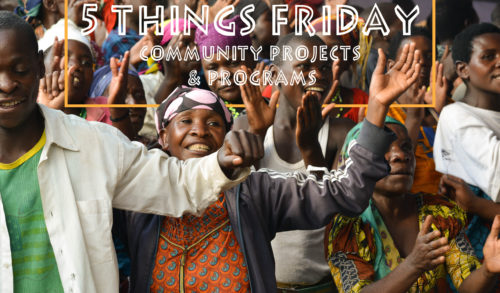 This week we’re covering just a few of the Fossey Fund’s projects and programs that are focused on helping local... 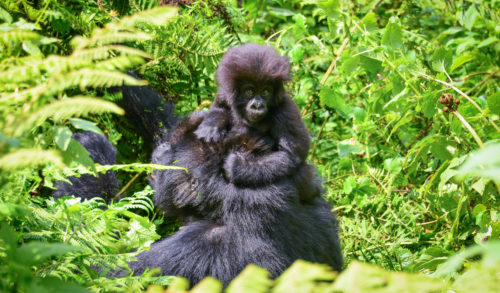 Haven’t made your New Year’s resolution yet or have you already broken your other ones? Here are five resolutions you...