The day after silverback Bwenge’s sudden death, his group still seems calm, with elder female Maggie leading them. However, they are ranging just a few hundred meters from Titus’ group and are aware this other group is near. Fossey Fund trackers will be observing closely to see what happens next. 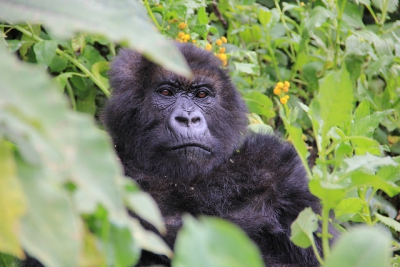 Official results on the necropsy of Bwenge’s body have not been released yet, though significant injuries were seen, a result of the interactions he had with a lone silverback recently.

In other gorilla group news, Fossey Fund trackers located today two groups that had been difficult to monitor in recent months due to their ranging in areas of the park over the Rwanda border in Congo – Mafunzo’s group and Gushimira’s group. This leaves only one group – Kuryama’s – out of our range for the time being.