Grieving the loss of gorillas

Thank you to everyone who has reached out to the Dian Fossey Gorilla Fund after the tragic events at the Cincinnati Zoo this past weekend. We are moved by the outpouring of grief over the loss of Harambe, and grateful for the donations to save gorillas that we have received in his honor. 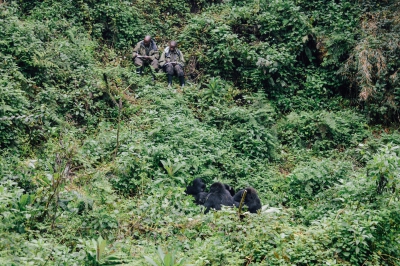 Our mission, started by Dr. Dian Fossey nearly 50 years ago, is to protect critically endangered gorillas in Africa – mountain gorillas in Rwanda and Grauer’s gorillas in the Democratic Republic of Congo. After being pushed almost to extinction in the 1970s and 1980s, the mountain gorilla population is currently stable at roughly 900 individuals but still faces daily threats from snares and encroachment on their habitat. The nearby Grauer’s gorillas are facing a population crisis – nearly 80 percent have been killed in the last two decades and only a few thousand remain. We mourn their deaths, just as we mourn the death of Harambe, and are committed to ensuring them a future on this planet.

Thank you for caring about gorillas and for the support that has been given to help save wild gorillas in memory of Harambe.