Dian Fossey Gorilla Fund staff joined Rwanda park authorities and others on a visit to the site of Dian Fossey’s grave on Sunday, Sept. 24, to commemorate the 50th anniversary of the Karisoke Research Center. Fossey’s gravesite is also the site of her original Karisoke facility, which started out as just two tents in the forest on that day in 1967.

Everyone gathered at the Volcanoes National Park headquarters to begin the two-hour hike, which was led by tracker Jean Damascene Hategekimana (“Fundi”), who has been with our Karisoke staff for more than 25 years! This area of the forest is a beautiful meadow at the bottom of the Mt. Bisoke volcano, with beautiful old trees, twisted branches, and hanging vines, making a very scenic spot for the celebration. 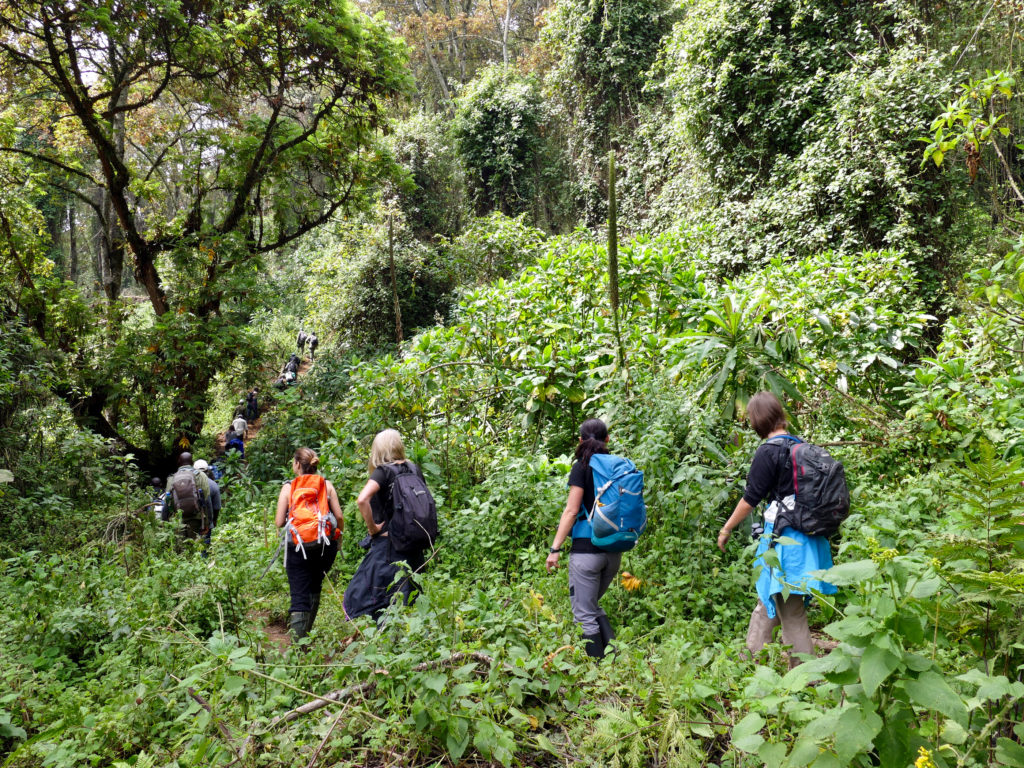 A number of tourists also joined the emotional celebration and remembrance, which ended with the placing of flowers on Fossey’s grave. “It is important to recognize both the hard times and the incredible accomplishments of Fossey and Karisoke, while standing in the exact spot where it all started 50 years ago,” said Ndagijimana during the gathering. “I know we all wish for many more years of success in saving gorillas, working together, and making a significant impact in conservation.”