Female mountain gorilla Rugira gave birth to her first infant on June 21, helping to solidify the success of her group, led by silverback Musilikale. This group, which is monitored by the Dian Fossey Gorilla Fund every day in Rwanda’s Volcanoes National Park, was formed in 2013. Since then, Musilikale has attracted a record seven females and there have been four births in the group, including the latest from mother Rugira.

Rugira joined Musilikale’s group in 2015. Interestingly, her mother, Muganga, joined the group the next year, after many years of separation. But this is not as rare as it might seem, due to the overall population growth among the mountain gorillas. And such familiarity can be beneficial in helping protect young infants like Rugira’s, as well as aiding in their social development.

Rugira’s infant is also lucky in that there are three other infants in the group for future playing and learning opportunities. They also benefit from having three silverbacks in total, which helps keep the group cohesive and is useful in attracting females from other groups. 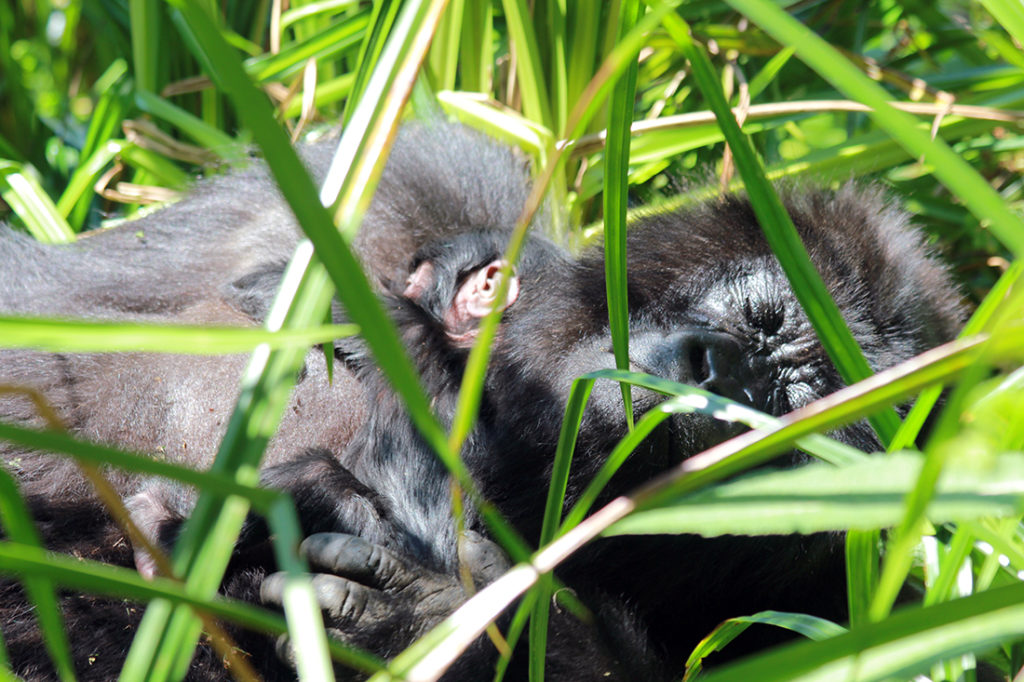 Yet, following this group has not been easy for the Fossey Fund trackers and researchers, due to the temperament of Musilikale, says Fossey Fund gorilla program manager Veronica Vecellio. “Musilikale is by nature a very alert silverback,” she says. “Yet, his physical strength and antagonistic attitude make him a perfect partner and protector for the females and infants in his group,” she adds.

In fact, it is this type of strong personality that is contributing to the formation of more groups and more dynamic group changes, says Felix Ndagijimana, the Fossey Fund’s director of Rwanda programs and the Karisoke Research Center. “The area of forest monitored by Karisoke has more than three times the number of gorilla groups than in the past, reflecting the overall success of the Virunga gorillas,” he adds.

Help us protect Rugira’s new infant every day! Click here for how to get involved.