The Fossey Fund is very saddened to report the death of silverback Wageni, just two weeks after the death of the dominant silverback in his group, Ugenda. Like Ugenda, it appears that Wageni had also been involved in an intense interaction with lone silverback Giraneza on April 7. After that interaction, Wageni stayed away from the group for some days, and was seen to have a wound on his shoulder. But on April 17, he rejoined the remaining members of the group and seemed to be welcomed by them all. 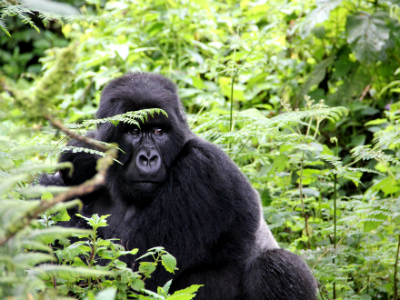 Unfortunately, a few days ago, our trackers noticed that Wageni’s condition was not good, and that he did not move much from his nest. His stomach appeared flat, which meant he had not eaten. The next day he seemed somewhat improved, but on April 22 he seemed very weak again, and had lost weight.

A visit by veterinarians from Gorilla Doctors and Rwanda park authorities on April 23 resulted in agreement that Wageni’s condition was indeed dire and that any intervention was unlikely to succeed and could risk the well being of the other group members.

Wageni died on April 24 at 10:30 a.m., shortly after Fossey Fund Research Assistant Jean Paul Hirwa and trackers arrived at the group. Shortly after the death, the remaining members of the gorilla group moved away and Wageni’s body was recovered for a necropsy, to be conducted by Gorilla Doctors. Fossey Fund research manager at Karisoke, Dr. Winnie Eckardt, and visiting scientist Dr. Jordi Galbany will attend.

Wageni’s loss puts his group back into an uncertain future, without another silverback to lead them. For some members, this is the third leader they have lost within six months. 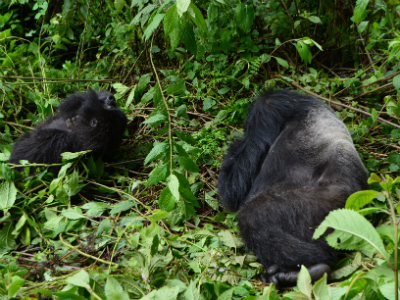 This has been a very difficult and challenging time for Fossey Fund field staff. The extreme level of care, dedication and team work shown, especially by our trackers, during the last few weeks—despite harsh weather, the loss of two silverbacks, plus missing and dispersed gorillas— have resulted in a great deal of sadness. We are all deeply grateful to them for all they have done during such trying times.