This is the first in a series of articles, presented by the Fossey Fund’s Gorilla Program Senior Advisor Veronica Vecellio, highlighting the main mountain gorilla groups the Fossey Fund protects and studies every day in Rwanda. One of the most fascinating things about gorilla groups is that no two groups are alike – they vary in size, the quality of relationships between individuals, their location in the forest, and the personality of individual gorillas as well as the group overall. Some have been in existence for many years – the oldest one formed in 1993 – while others are much newer. We are excited to share Veronica’s amazing knowledge of these families from her nearly 20 years of working with them. 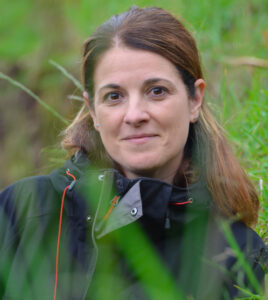 In 2019, Fossey Fund field staff were surprised to see young silverback Mutobo, two years after he had left the group where he was born and grew up – Pablo’s group. Even more surprising was that he had females with him, which means he had formed his own group! He was 14 at the time, which is quite young for starting a group – our research shows that males don’t even reach adult size until age 15.

But Pablo’s group, where Mutobo was raised, is a special family and was led for 20 years by the impressive silverback Cantsbee. We have noticed that growing up in Pablo’s group seems to have inspired many young males to form their own groups and Mutobo is among them.

Being a young leader is challenging. The silverback needs to gain the trust of the other gorillas and show them that he is strong and effective. Indeed, Mutobo spent the initial year of his leadership showing off to the females and trying hard to attract new females from neighboring families.

This resulted in a period of instability, however, which was characterized by long daily movements in random directions as Mutobo aimed to interact with select neighboring groups while trying to avoid others. Luckily, this did not discourage the females who were already with him, and they seemed to trust that he would be a good choice for their future.

When we describe gorilla groups we say that it’s all about family, but their family units actually need to be built and Mutobo did it in his own special way, starting from scratch and adding just one or two females at a time. One of the best parts of studying gorillas over a long period is being able to see males we have known since birth mature and gain success as a leader, as Mutobo has done.  Through these studies we have learned some of the characteristics that contribute to the overall success of males and one of those is body size. Larger males are more likely to gain dominance and attract females, leading to better reproductive success.  And Mutobo is one of the larger males that we study.

As he built his group, Mutobo finally became a father. This seemed to calm him down and he settled the family into an area of the forest, reducing the frequency of interactions with other groups. So it seems he is now prioritizing family time, rather than his ambition to attract more females. The group – now a real family –  currently has nine gorillas, with Mutobo as the only male and the proud father of four infants.

“I have known Mutobo since 2018 when he was challenging my favorite gorilla – silverback Mafunzo – striving to establish his own family,” says James Munyawera, Fossey Fund research assistant. “Since then, Mutobo as a dominant male is known as a courageous, ambitious, caring, and lovely father.”

And about the group’s females

There are some interesting females in Mutobo’s group too. The oldest is Mudakama, who is 36 years old but also the mother of the youngest infant, who was just born on Oct. 29. Mudakama is also the newest female to join the family, which she did in early 2021 after changing groups five times earlier. She is the mother of four other gorillas, who live in these other groups.

Another interesting female is Ishyaka, daughter of legendary female Poppy. Poppy was one of the gorillas Dian Fossey studied closely and  is featured on the cover of the book “Gorillas in the Mist,” looking at Dian Fossey. Ishyaka also had an infant recently, on Oct. 8. Her 7-year-old daughter Akariza is also in the group and is helping her mother with the new sibling.

Akaramata and Igitangaza are Mutobo’s two others females. Each is 14 years old and each has an infant as well.

“It is always an interesting situation to monitor closely whenever a lone silverback forms his own family,” says Eric Ndayishimiye, Fossey Fund gorilla data and research officer.

“Mutobo’s case surprised and impressed me a lot because despite being a very young silverback, he managed to attract and keep the females he gained through interactions. I enjoy visiting Mutobo’s group as the group is very calm and stable now, and growing. I particularly love to see Mutobo’s offspring playing around.”

We are excited to keep monitoring this family and see how it will continue grow.

Stay tuned for updates on another gorilla family next month!