November 14 marks what would have been the 44th birthday of legendary mountain gorilla Cantsbee, the record-breaking silverback who was also a favorite of the Fossey Fund team. He died in 2017, after more than 20 years of incredible leadership.

Cantsbee’s special history started with his unexpected arrival in 1978. Up until he was born, Dian Fossey had thought his mother – Puck – was a male. Upon seeing Puck with a newborn, Fossey said “It can’t be,” which turned into the name “Cantsbee.” 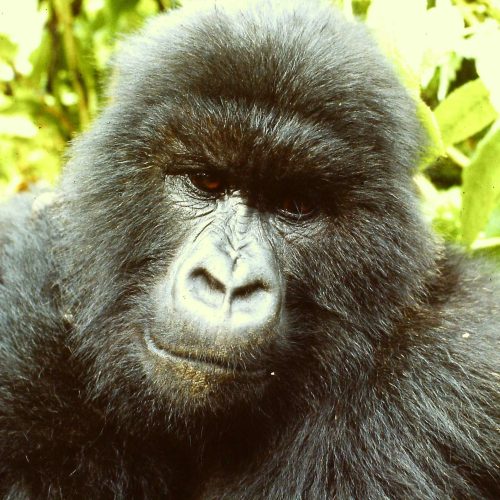 But that was only the beginning of his historic life. Cantsbee was also known for his unique personality and his strong relationships with other gorillas, which are still reflected in the groups we monitor today.

Cantsbee led the historic Pablo’s group, which was formed in formed in 1993 upon the splitting of Dian Fossey’s historic study Group 5. Pablo was dominant for a few years but Cantsbee took over in 1995. Now the group is led by Gircurasi, Cantsbee’s son, and includes 15 individuals.  Amazingly, Cantsbee was once able to grow the group to the enormous size of 65 gorillas – much larger than any group ever seen before or since. He also sired more offspring than any other silverback recorded (with more than 27) and held the longest dominance tenure. 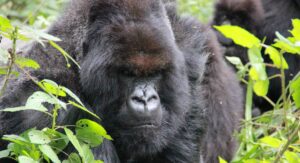 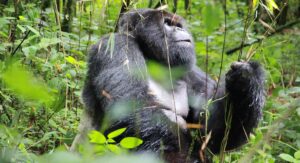 Trackers, researchers and other staff who observed Cantsbee throughout his life were constantly impressed with his special personality – a combination of authority and peacefulness that worked especially well in keeping his group together. He was known for ending conflicts rather than starting them and for being protective while rarely entering fights. He even helped raise his son, Gicurasi, whose mother left the group while he was still young. Gicurasi took over the group as Cantsbee aged and eventually died, in 2017.

“Cantsbee was a natural leader – he didn’t need to do much to be respected and heard,” says Veronica Vecellio, the Fossey Fund’s gorilla program senior advisor. “The gorillas in his group followed Cantsbee even when he wasn’t the strongest anymore physically, due to aging. The gorillas would still stay around him.”

Cantsbee was monitored and studied by Fossey staff throughout his entire life. Among the amazing things we witnessed were seeing him “babysit” five or six infants at a time while their mothers were off foraging, protecting infants and even trackers from snares, and stopping fights among younger silverbacks using just his authoritative presence, without any sounds or antagonistic behavior. He was, in all ways, an indisputable and historically successful leader, one we will remember on his birthday and every day.

“Cantsbee was also an influencer and helped set the personality of many future leaders,” says Vecellio. “Twelve silverbacks who grew up in Pablo’s group during Cantsbee’s dominance period have ended up leading their own group, which is really impressive! 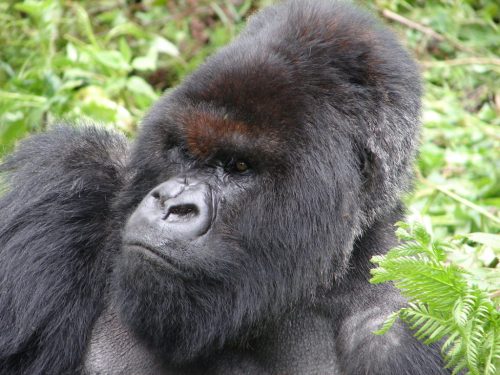