Wilderness Safaris, which operates Bisate Lodge near Volcanoes National Park in Rwanda, has announced a reforestation project to plant trees around the park near the lodge, on a site jointly selected with the Fossey Fund. In honor of the Fossey Fund’s work, the project area will be called the “Karisoke Forest,” and will be planted with appropriate species on a 1,400-square-meter hillock.

Mountain gorillas in Rwanda live inside the protected park, a unique mountainous habitat that contains numerous trees and plants found only in this area, as well as many others that the gorillas depend on for their daily diet. Outside the park, however, the land is surrounded by human communities and agriculture, which have reduced much of the original forest cover.

“During 2017 and the first half of 2018 we planted nearly 20,000 indigenous trees adjacent to the park on a 42-hectare piece of land,” says Chris Roche, chief marketing officer of Wilderness Safaris.

And in May, 130 Fossey Fund staff at Karisoke participated in this reforestation project, by planting young Hagenia trees, after the land was cleared of non-native eucalyptus trees and other invasives, and prepared with natural fertilizer.

“It was a great day for all the Fossey staff, as each member of staff planted his or her own young Hagenia tree,” says Veronica Vecellio, the Fossey Fund’s gorilla program senior advisor and regional public relations manager. “One day there will be a full forest here. I look forward to see these trees growing as a testimony of Karisoke’s contribution to conservation in Rwanda!”

“Rather than just planting trees and watching the restoration of the site ourselves, we wanted to engage the larger community and were delighted to develop a partnership with the Fossey Fund to establish the ‘Karisoke Forest,’ on part of our reforestation plot,” says Wilderness Safari’s Roche. “What better organization to embody the long-term significance of this project for gorillas? Also, the involvement of Fossey staff from the Bisate area, as well as the organization’s engagement with local schools, will help further the broader awareness of the community about reforestation.”

“Karisoke is honored to be part of this reforestation effort,” says Felix Ndagijimana, director of Karisoke and the Fossey Fund’s Rwanda programs. “It is important not only for ecological reasons, but also for the larger impact on the Bisate community. Bisate holds a special place in the Fossey Fund’s 50-plus years of mountain gorilla conservation and the ‘Karisoke Forest’ will be a great complement to our work both inside and outside the park,” he adds.

“This type of reforestation helps biodiversity greatly, providing additional habitat for birds, invertebrates, small mammals and pollinators that once lived on this land, helping to restore important forest habitat that has been reduced over the years,” says Dr. Tara Stoinski, president and CEO/chief scientific officer of the Fossey Fund. 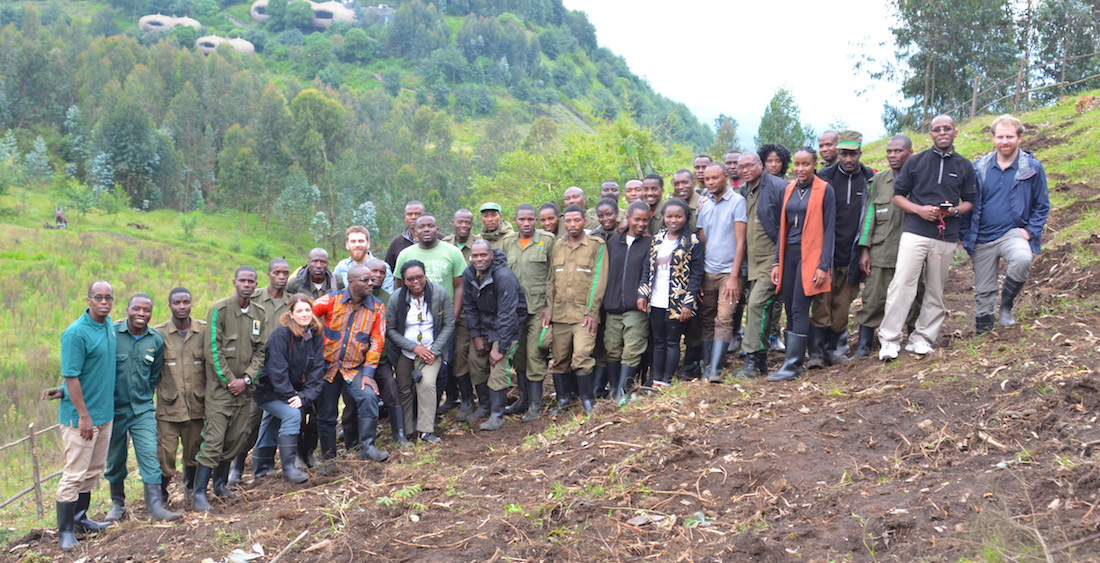